CCSVI (chronic cerebrospinal venous insufficiency) is a condition characterized by narrowing or blockage of the veins that drain the brain and spinal cord. In many cases jugular flow reverses direction, a condition known as reflux. CCSVI treatment involves inflating a balloon in the jugular vein. This was originally described as providing relief for symptoms of Multiple Sclerosis (MS).

The theory of CCSVI has lead to treatment by ballooning of veins. Patients who undergo the procedure experience relief from debilitating symptoms including cognitive impairment (brain fog), thermal intolerance, chronic fatigue, sleep disturbances, waking headaches, and others that are common to MS as well as to most neurodegenerative diseases and many related conditions.

However, our understanding of the reasons behind the success of the CCSVI procedure is something that has evolved since it was introduced back in 2008, due in large part to ongoing clinical studies at Synergy Health.

Anyone considering the CCSVI procedure should understand that there is a great deal of misunderstanding within the medical community, within regulating government agencies (like the FDA), and within the media.

At Synergy Health, we’ve developed a deep understanding of the condition known as CCSVI based on data collected from our own ongoing clinical studies as well as on published research papers from leading physicians and medical groups in the US and abroad. Our own Dr. Michael Arata is considered to be one of the world’s preeminent authorities on CCSVI, having performed over 2000 procedures.

The condition known as CCSVI was discovered by Dr. Paulo Zamboni in 2008, the culmination of ten years of research devoted to finding a cure for MS, a quest that began when his wife was diagnosed in 1999. His initial study revealed venous abnormalities in almost 100% of the 65 patients with MS who participated, while no venous abnormalities were found in a control group.

However, researchers were unable reproduce these results in subsequent studies, calling the entire “CCSVI as a cause of MS” theory into question. To date, there is still no conclusive evidence that CCSVI is a cause of MS or even that it is a symptomatic condition in its own right.

The Link to Dysautonomia

While the debate over CCSVI and MS continues, new data suggests that Dr. Zamboni may have gotten it right in looking at the veins for treatment. However, it might not be venous abnormalities that are the real problem.

Instead it is our view that the it is the nerves surrounding the veins not the veins themselves that are being treated by ballooning. Ongoing research and a growing body of clinical data strongly indicate that Zamboni’s CCSVI procedure may be the first viable treatment for an even more pervasive problem – dysautonomia – which is seen not only in almost all MS patients but also in patients diagnosed with a long list of other diseases and conditions.

Our understanding of the mechanics of the procedure, its effects on adjacent structures in the neck, and the interplay with the ANS is much more advanced than when we first began treating patients several years ago.

Over the years, we observed that patients who came to us for CCSVI treatment all presented with a common set of symptoms but didn’t always exhibit the venous abnormalities associated with condition. We began treating patients with no venous abnormalities, and the results were profound: we were able to maintain the same success rate as in those in which abnormalities were present.

The core of the CCSVI treatment program is an endovascular procedure in which a catheter is inserted via a small incision and threaded up into the jugular vein. This allows us to stretch the vein stimulating the autonomic nerve fibers that travel along the outside of the vein. This alters the ANS communications between bodies organs and the brain.

Based on current clinical evidence, we believe that the benefits of the treatment may come not from relieving venous insufficiency but through stimulation of the sympathetic portion of the autonomic nervous system during the course of the procedure. This results from activation of the venous distension reflex during as the vein is stretched. As a result, we believe that the CCSVI procedure is better described by the term “TVAM (Transvascular Autonomic Modulation)“.

All patients who contact us, with or without prior Doppler or ultrasound results or a preexisting diagnosis of CCSVI, will be evaluated for the presence of autonomic symptoms. If we are able to confirm a clinical diagnosis of autonomic dysfunction (over the phone or via email), patients are approved for additional testing in clinic.

When the patient arrives at Synergy Health, we perform an HRV (heart rate variability) and QSART analysis in order to objectively confirm the clinical diagnosis. HRV testing measures the normal variations in heart rate that should occur in response to physical activity. QSART is a form of sweat testing that assesses sympathetic function.

The ANS is responsible for regulating cardiac function as well as making all of the finely tuned adjustments necessary in order to maintain homeostasis. Patients with autonomic dysfunction show impaired variation in heart rate when subjected to physical stimuli. Essentially all the HRV analysis we have performed on patients with autonomic symptoms has produced abnormal results indicative of dysfunction.

In excess, 90% of patients treated for autonomic dysfunction via this procedure at our clinic respond positively, showing noticeably improved cognitive function, energy levels, and bladder and bowel function, along with a reduction in waking headaches, sleep disturbances, and thermal intolerance.

During the procedure, it is common for patients to report immediate relief from constitutional symptoms, including the lifting of brain fog, warming of hands and feet, and improved mobility directly after the procedure. Additional symptom relief occurs over the course of weeks to months as the newly stimulated ANS continues to return to optimal function.

The majority of patients have a durable response, some lasting over three years and beyond with no degradation or relapse. This group of patients is able to maintain the benefits of the procedure seen from day one. A small minority, about 10% will see no benefits post procedure. 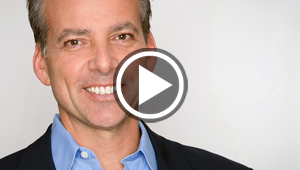 Michael Arata, M.D. explains how autonomic dysfunction (present in 90% of patients with CCSVI) can be treated with the TVAM procedure. 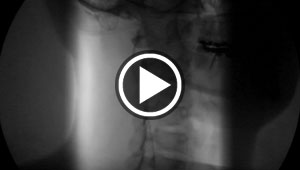 Journey through the TVAM procedure with Michael Arata, M.D. 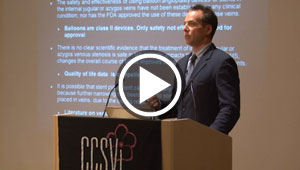 Presentation by Dr. Michael Arata: The Relationship Between Dysautonomia and CCSVI