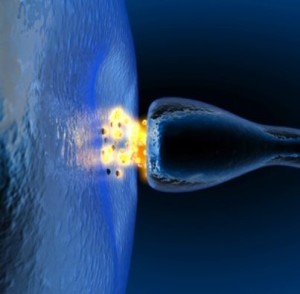 Fibromyalgia is a difficult syndrome to diagnose and to treat. Worse yet for fibro patients, a large portion of the medical community still does not recognize fibromyalgia as a real or serious condition. What treatments do exist are inconsistent in their effectiveness and largely treat very specific symptoms like pain or depression, and there have been next no treatments at all for such debilitating symptoms as the extreme fatigue and brain fog that seriously impact quality of life for so many fibro patients.

One of the biggest challenges in treating fibromyalgia is that the symptoms are so diverse and vary so much not only from patient to patient but from week to week and even moment to moment. The symptoms of fibromyalgia very closely match those of autonomic dysfunction, or a malfunctioning of the autonomic nervous system. These symptoms include extreme and often debilitating fatigue, sleep disturbances, headaches, brain fog, cold and heat intolerance, and bladder or bowel problems.

A New Approach to Treating Fibromyalgia

We have developed a treatment called Transvascular Autonomic Modulation (TVAM) that restores autonomic function to patients with fibromyalgia. The procedural goal of TVAM is to stimulate the autonomic nerve fibers surrounding the central veins. This stimulation leads to a reset in the hypothalamus3. The result is improved autonomic ‘tone’. By restoring the body’s ability to internally regulate, the above symptoms can be reduced or eliminated, vastly improving the quality of life for many patients.

The TVAM treatment is successful at relieving symptoms in over 90% of patients. Results are immediate, with many patients experiencing a dramatic reduction in symptoms during and directly following the procedure. Improvements have shown to be been long-lasting in 75% of patients, some continuing to maintain or improve 2-3 years after treatment.

If you have any questions about the TVAM procedure or if you would like to know if you might be a good candidate, please feel free to contact us via our web form or call us at (877) 792-2784.

Dr. Arata responds personally to Facebook comments between the hours of 3:30-5pm PST on Thursdays and throughout the week as his schedule permits.

Dr. Arata is an accomplished physician internationally respected for his work in Interventional Medicine. He specializes in treating chronic venous obstruction and venous occlusive disease. His experience in this area spans for more than a decade, long before the discovery of CCSVI. He has performed thousands of central venograms and angioplasties for blocked veins for a variety of different diseases.

Dr. Arata is the primary care physician and co-founder of Synergy Health, a medical center located in Newport Beach, CA. Dr. Arata has been at the forefront of research efforts focused on establishing the link between neurodegenerative disease and autonomic dysfunction.

Send a link to this blog out to your Twitter followers!

Follow us on Twitter for the latest research, patient stories, and news from Dr. Arata / Synergy Health: